Free shipping on orders from DKK 399 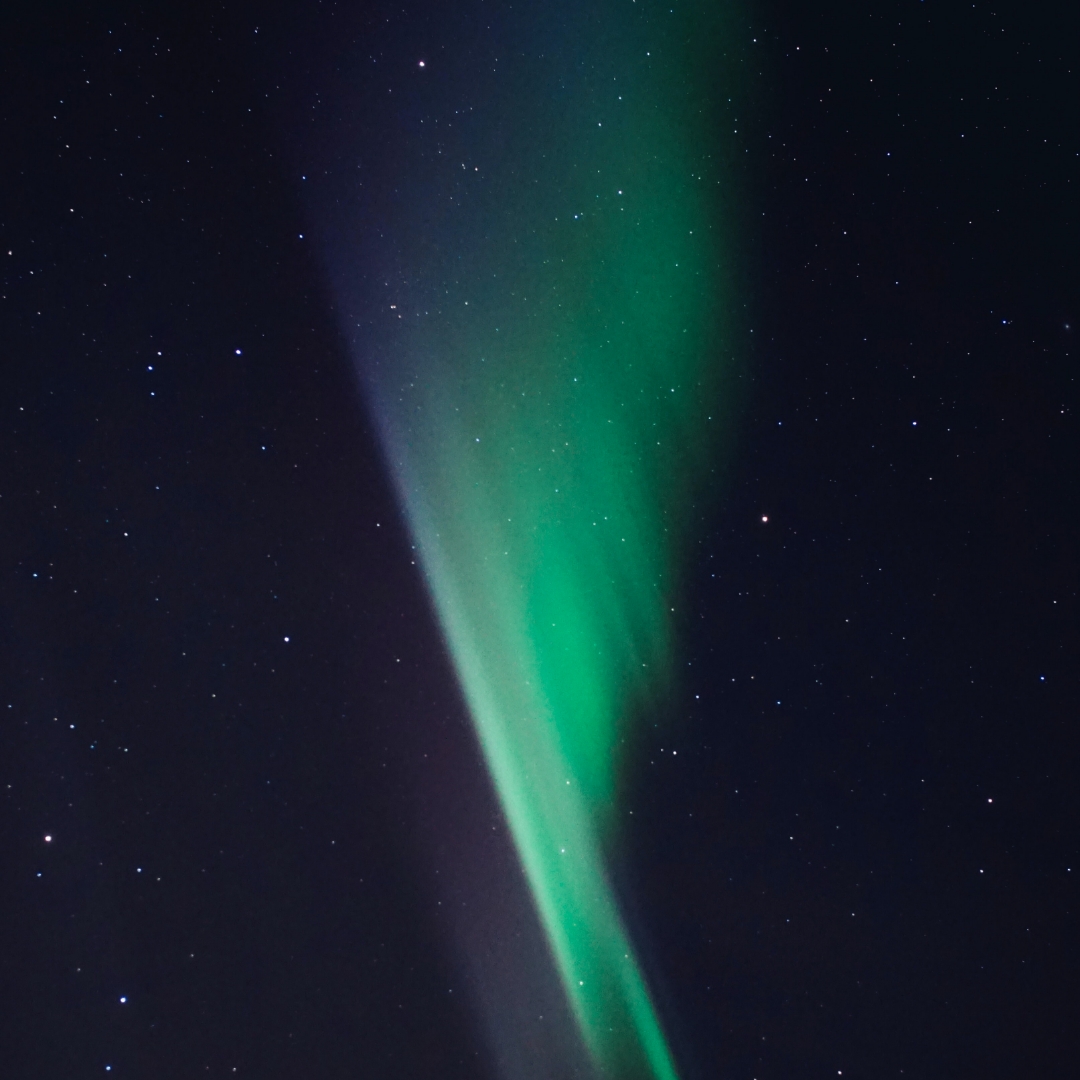 ﻿The first time I went looking for the northern lights I was disappointed. I was in Iceland for a few days at the right time of year (the lights are usually visible from late September to March or early April) but there was no chance of seeing them at all. The sky was blanketed with white clouds and the lights were completely hidden.

﻿The second time was better – but only a little. In Iceland again, I took a minibus tour for an hour out of Reyjavik into the lavascape with a small group one early evening. It was late November and the city was hung with Christmas lights, but even so, the light pollution didn’t reach the outer suburbs, and the sky was dark and star-pricked. Our guide pointed out a grey bow shape forming in the sky, and we watched as it broke into wavy lines of the faintest green.

Wisps in the sky

﻿I was expecting bright colours and dramatic action, even sound, but it wasn’t to be. The northern lights, as anyone who has seen them would know, don’t make any sound anyway. The best view I had of these faint wisps in the sky was through a camera viewfinder where they looked a dramatic neon green; through my own eyes, they were pale and barely visible in the night sky. I felt disappointed. They were beautiful, just not as life-changing as I thought they would be. It felt like all those images I had seen of the northern lights before were just a fake, a trick of photography and a trick of the light.

﻿I would have lived the rest of my life thinking that the northern lights looked like this pale gauzy grey-green cloud in a dark night sky if I hadn’t stumbled on them for a third time while visiting a hotel in the remote north of Norway, on an island in the Arctic Circle. It turns out the third time’s the charm. I wasn’t even chasing the lights this time, I was travelling in search of something else – a hotelier and jazz musician who lived life a little differently. I was smitten with his way of doing things, his ability to embrace discomfort and quiet and through it, create a haven for other people who want to experience the deep fulfilment that only can come from being in wild nature. It’s an extraordinary place, if you ever get the chance to visit it – The Arctic Hideaway. ﻿After dinner one night, a stew of salt cod brought in from a musician-fisherman who lived on an island a little way up the coast, I sat in the lounge with a friend while Håvard, the jazz musician, took out his bass clarinet.

“Look out of the window,” he said, as the darkness fell and the only sight we could see was the moonlight tracing the waves, “And keep looking until you see monsters.”

The sound of his clarinet filled the air and as it did so, the northern lights broke across the sky, great ribbons of light that built to a full force of neon green, falling and rising across the dark in waves. It was as if his music had called them into being.

They went on for hours and hours. I took a blanket and a cup of hot chocolate laced with liqueur and sat outside in the -9 degree cold, watching, mouth open like a child seeing fireworks for the first time, as the lights decorated the sky. I thought about the Vikings, who imagined the lights were reflections of the Valkyrie’s armour as they led fallen warriors to Valhalla. It felt utterly believable. I thought about the Icelanders, who believed that if you saw the northern lights while you were pregnant, your child would be born with crossed eyes. I could see that too – this display would make the most sceptical person believe in otherworldly magic. But most of all, I just watched, on a bone-cold winter night, as the sky danced and delighted in colour and shape, unfurling and flowing in all directions until my long-forgotten hot chocolate was stone cold and the early morning beckoned. 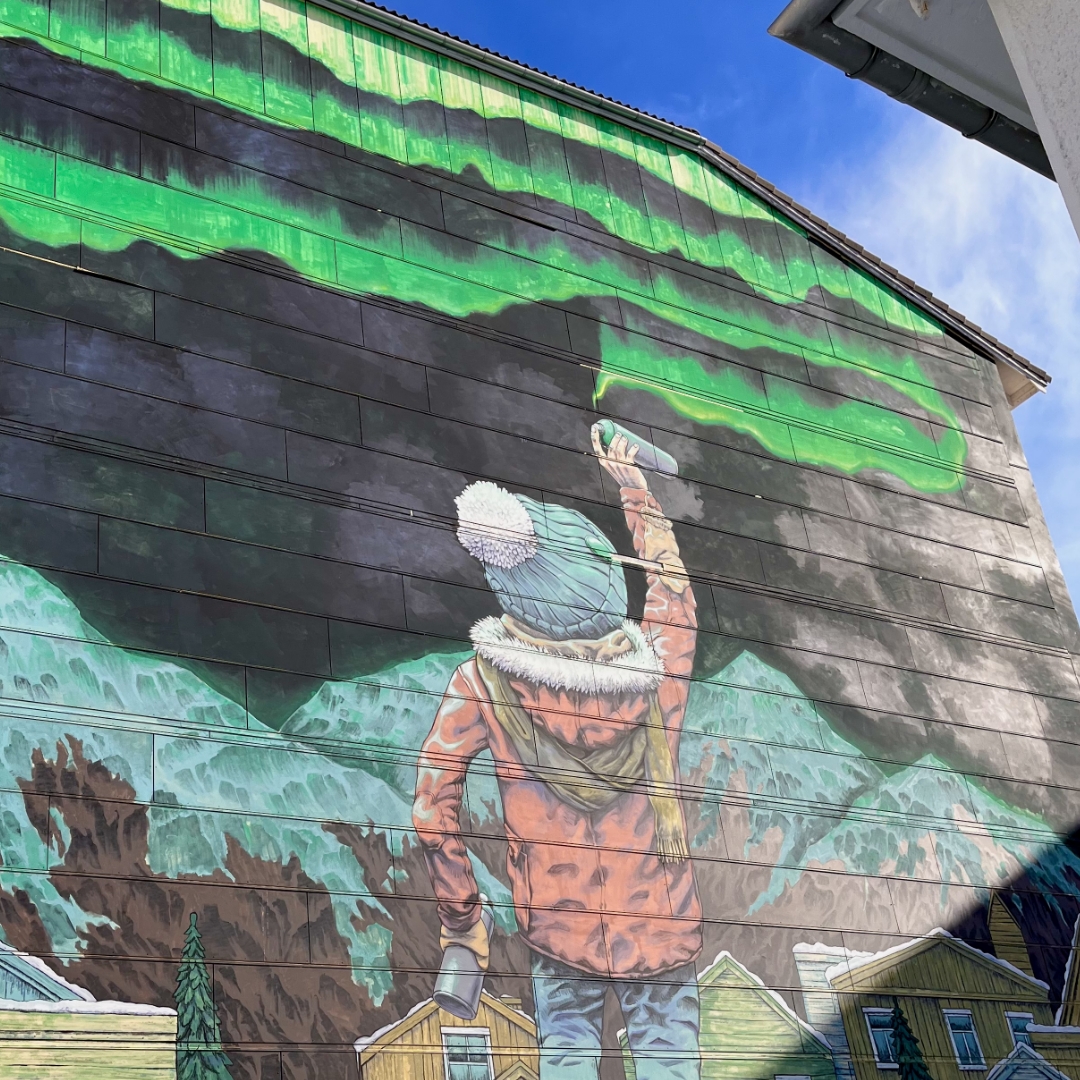 ﻿A few days later, in the nearest harbour town, Bodø, I found a thriving street art scene and, on the corner of one building, a beautiful image of a girl spray painting the northern lights in the sky by an artist called Rustam Qbic. If you can imagine someone spray painting a wall, and how the colour builds up over time, and the motion of the can, it was the perfect representation of how the northern lights seem to form overhead.

I no longer felt disappointed, or like the northern lights were a camera trick – having seen them so vibrantly in the sky overhead in Norway, I felt like I’d been allowed into an inner circle. They are an awesome sight, in the true meaning of the word ‘awesome’, unforgettable and powerful, a reminder of the magic and majesty of being alive. I hope you get to see them someday too. 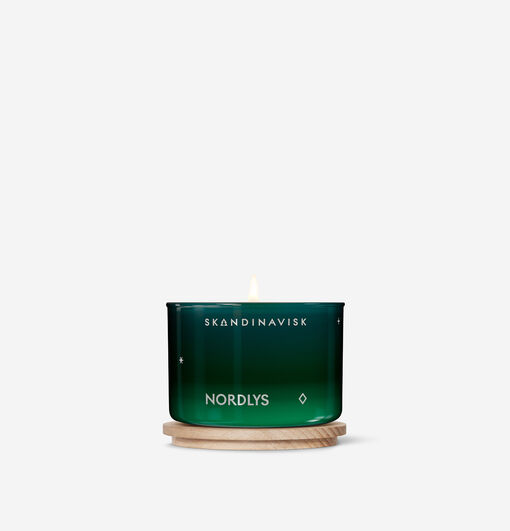 The northern lights are only visible on clear nights when the sky is dark enough, which tends to be from late September to early April.

The best places to see the northern lights are usually close to the Arctic Circle - Tromsø, Reykjavik, Swedish Lapland, Finnish Lapland and Canada. On rare occasions, they can be seen as far south as Denmark and Scotland.

Plan to be somewhere in the countryside, where there is little light pollution. Bring a camera, and be prepared for unpredictability. Even with a tour guide, nothing is guaranteed. There are northern lights apps online, but none of them are 100% accurate.

The Skandinavisk Guide to Copenhagen

All the best bits of the city, as chosen by the Skandinavisk team. Explore the city with us and find your way to local-approved shopping streets, restaurants, bakeries and art galleries.

Join us on experiencing the thrill of a freezing cold dip in Copenhagen harbour on a wintry morning. It's a sure fire way to start the day with a buzz...

The story of a scent: KOTO

Discover the story behind our take on the KOTO, our grounding, warming and comforting home fragrance evoking the idea of a home that is lived in and loved.